Menu
Log in
Register
Install the app
You are using an out of date browser. It may not display this or other websites correctly.
You should upgrade or use an alternative browser.

Getting to Bolonga Airport in time for 1025 am flight.

6 of us will be in Florencefor a week and on Saturday June 5 we have to get to the Bolonga airport for a 10:25 flight. Please recommend the best way to do this and how early we should leave Florence to ensure we are on time.

There is the shuttle that takes you directly to the Bologna airport from Florence, I would think you need to be there at least by 8.25am so I suggest the 6.10am shuttle to get there in time. Of course, you'll be even earlier than that but there is no shuttle in between. You can see the schedule and fares here: https://www.appenninoshuttle.it/
It is 20€ per person if you buy ahead, otherwise €25 on board the day of.

Another alternative - cheaper for sure than the shuttle - is train but there is no direct train to the airport. You need to first go to Bologna Centrale and from there get the "Marconi Express" shuttle. For an adult, taking the slow train, it would cost €18.65 so you see it is cheaper, but you need to make the trains match up with the shuttle to the airport. So in the end, the shuttle is a good deal considering it is less than €2 more but you don't have to deal with changing train/bus along the way. Also note, I quoted the slow train: if you take the fast train from Florence to Bologna, the "frecciarossa", which only takes about 40 minutes, the rate goes up. Total cost is around €30.

Last alternative is to look into a chauffeur service (called "car with driver" more commonly here, or NCC in Italian). I am not sure what rates are but with 6 people and a van, it might turn out about the same but more convenient time-wise for you. You just have to plan by what time you need to pick up in Florence to get there on time for check-in.

Hope this info is useful, if you have any other doubts, please let me know!

P.S. Double check your dates. I see June 5th is a Sunday, not Saturday and often schedules are different on Sundays!

Staff member
Sorry, forgot to add the links for the train + Marconi Express, in case you want to take a look whether to consider it or not: 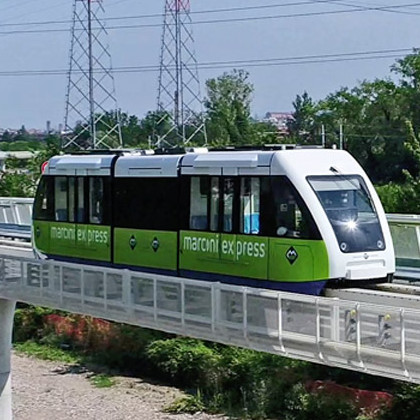 Raym said:
6 of us will be in Florencefor a week and on Saturday June 5 we have to get to the Bolonga airport for a 10:25 flight. Please recommend the best way to do this and how early we should leave Florence to ensure we are on time.
Click to expand...

Ciao!
You are very helpful, thanks very much! And you are correct it is Sunday I made an error when I looked at the calendar but our itinerary is correct. Your information will help us look at the options and make the right decision. Probably shuttle booked ahead. Thanks again!
You must log in or register to reply here.
Share:
Facebook Twitter Reddit Pinterest Tumblr WhatsApp Email Share Link
Top